Are Kourtney and Scott back together? 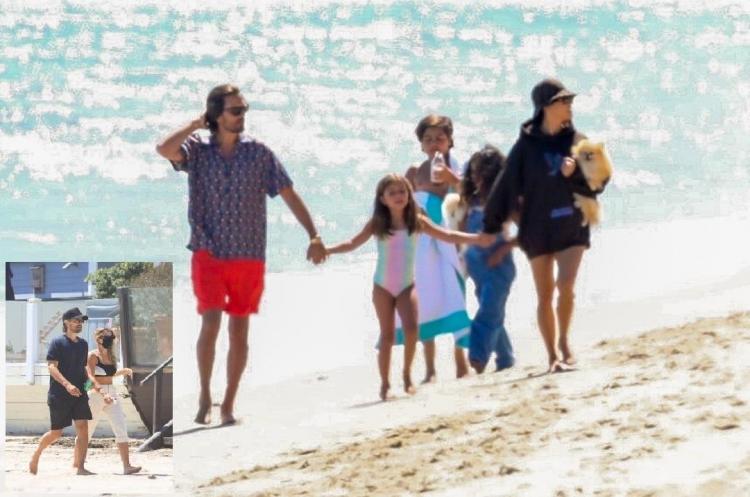 It is never dull and boring when it comes to the Kardashians. When Kim is not the center of attention, then, the fans are looking for what is happening with the other sister, Kourtney, who recently announced that she is taking a step back from filming the reality show.
Kourtney Kardashian, the mother of three, has always been a topic of discussion between the fans whether she and Scott will ever get back together. The pair, who has three children together, was never married, and recently, Scott broke his 2-year-relationship with Sofia Richie. However, the fans were eager to speculate that the break up was due to their intention to get back together. Kourtney, on many occasions, has stated that she and Scott are working together on co-parenting their kids, which includes visits and holiday trips. On one trip, Scott brought his girlfriend with him, and what could be seen from the cameras was the nice and respectful relationship that Sofia and Kourtney had for each other. Also, as mentioned by many sources, Sofia and the kids are bonding well, which Kourtney has never been opposed to.

The rumors of them getting back together sparked after they were both seen hanging on the beach with their kids during the weekend. The former partners, never married, were enjoying some quality time in Malibu, California.

Kortney was wearing a big black oversized hoodie, sunglasses, and hat, while Scott was far more casual, wearing shorts and a summer shirt. The family looked super relaxed, as they were strolling down the beach. The kids were playing in the sand, wearing swimsuits, and enjoying their time to the fullest. That the co-parenting is going quite well for the couple speaks their engagement in spending time with their kids. Earlier this week, they were seen again together, on a beach, but this time Kourtney’s sister Kendal Jenner was part of the gang.
As the fuss about Kourtney and Scott never seems to calm down, the fans were left wondering whether the couple has reunited to be a family for their children or not. The rumors of their getting back together are constant, but, it looks like that there is no intention between these two getting back together. Just on the contrary, the sources have reported that Scott and Sofia have decided to give their relationship another try and they are now back together. That this is true shows the picture taken of those two, just after Independence Day.

The two-month split seems that have only strengthened their relationship. The initial reason for their break up was Sofia pushing Scott for overcoming issues and he wanted to put a bigger focus on himself and his kids, rather than the romantic relationship.
However, the fans are divided, half love Sofia and the influence she has on him, and the other half is rooting for Kourtney, as the mother for their three kids. For now, Scott is back and happy with Sofia!